With the rules on travelling abroad constantly changing, now’s the perfect time to explore all the spectacular places our country has to offer. Britain is full of beautiful drives and brilliant sights to see from behind the wheel, so here are some trips that are both close to our homes – and our hearts. 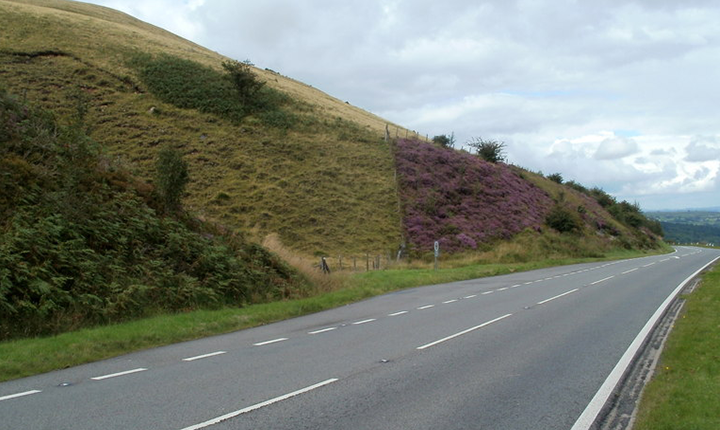 This brief but beautiful route is well worth exploring if you find yourself driving close to Wales. The route begins at the north of Gwaun-Cae-Gurwen, at the A474 junction, then you follow the A4069 through Brynamman. This takes you through the Brecon Beacons to just outside Llangadog. The views will thrill anyone with a head for heights. At their peak, the mountains reach 493 metres above sea level.

The Snake Pass, the Peak District

Don’t worry — this journey is named for the narrowness of the route, rather than any scary serpents you might encounter, so there’s no need to be too concerned about who you’ll meet along the way. It used to be the main route between Manchester and Sheffield, but now its function is more scenic than practical. Start your day in the picturesque market town of Glossop, Derbyshire, then take the A57 through the National Trust’s High Peak estate. Go in the summer, or early Autumn when the foliage is at its most beautiful, but avoid this trip in the winter, when ice and snow can make the road treacherous. 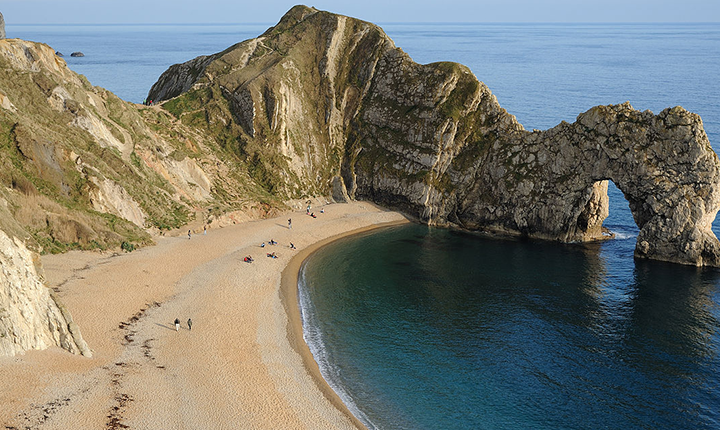 Starting in the seaside town of Swanage, this drive along the Dorset coast takes in some of the most fascinating historical landmarks in the UK, as well as some outstanding areas of natural beauty. Take the A351 to Wareham and see the Saxon walls, an 11th century ruined fortification that looks especially striking when viewed at sunrise or Twilight. Head to Lulworth, and take a detour to Durdle Door, an iconic landmark that was designated England’s first natural World Heritage Site by UNESCO in 2001, then drive towards Weymouth and Chesil Beach, a former smuggling outpost and the inspiration for Ian McEwen’s novel of the same name.

The Road to the Isles, the Scottish Highlands 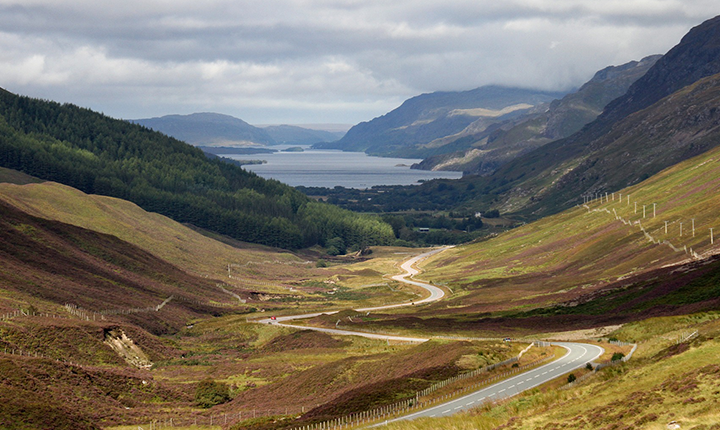 Simple but spectacular, this route, beginning in the town of Fort William, will give you magnificent views of Scotland’s highest mountain - Ben Nevis. The road is short, but full of twists and turns, and suits a more experienced driver. Try to time your arrival so that you reach the end point of Arisaig in Lochaber just before sunset. The views of the coast are jaw dropping, and you can watch the sun sinking behind the islands of Eigg and Skye.

Melton Mowbray and the East Midlands

This section of the country is often overlooked as a driving destination, partly because the terrain isn’t especially challenging, but if you start in Leicester and head North East along the A607, you’ll see some of the prettiest views in the UK. 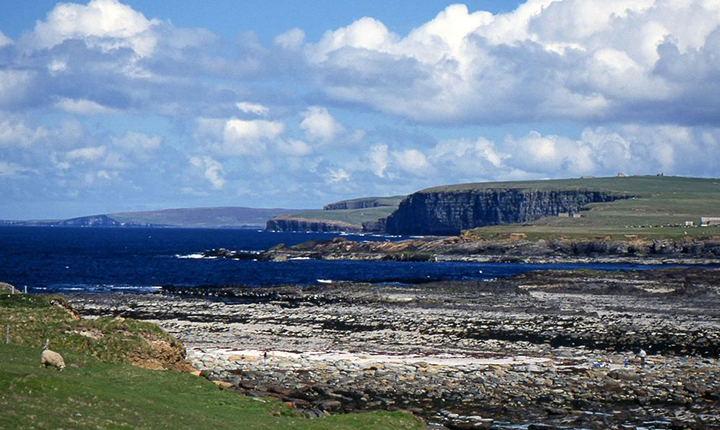 The best way to explore Orkney is by car. The roads are usually quiet, and you can enjoy exploring the coastline as you drive alongside the beautiful beaches. Start by catching the car ferry to Stromness, and at the end of your journey, you can enjoy the cafes and galleries before heading back to the mainland. Make sure you try some Orkney crab before heading home! 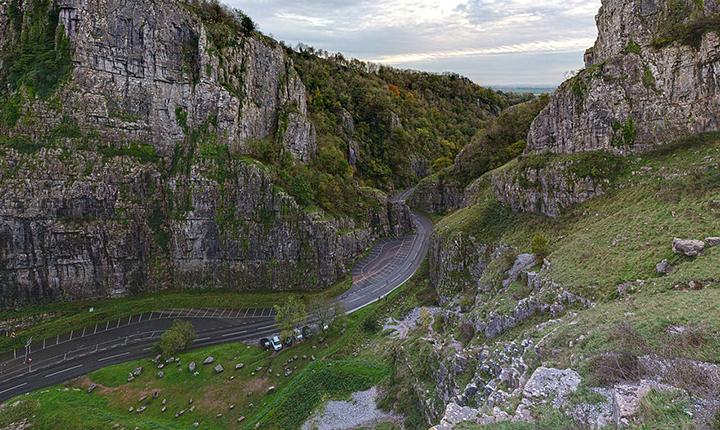 Beginning on the B3135, ten miles South West of Bristol, the road next to Cheddar Gorge is one of the most demanding drives in the world, but it’s considered to be one of the most beautiful too. The shape of the gorge makes the route twisty and tricky - but the cliff faces and sheer drops make the journey feel thrilling, just be sure to drive slowly. Drive towards the pretty town of Tiverton, and along the River Exe towards Exmouth, where you’ll reach the sea.